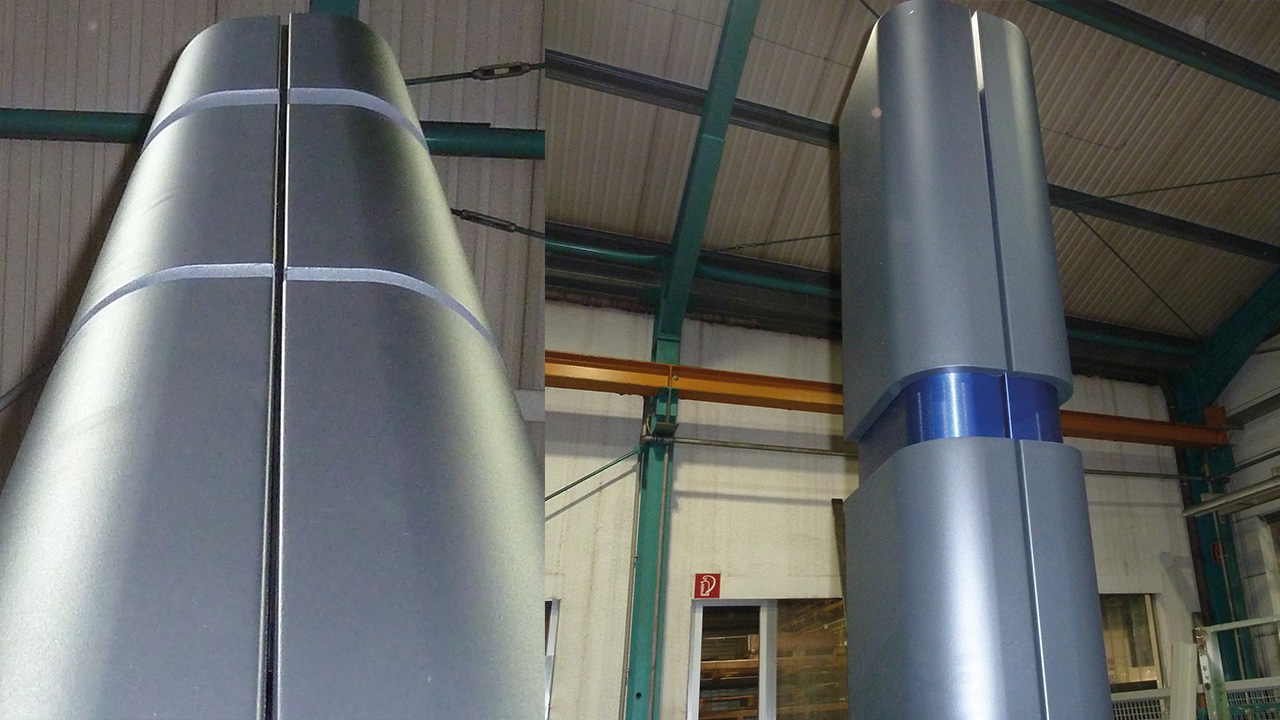 The company Mörz Metallbearbeitungs GmbH based in Neuburg an der Kammel is specialized in the construction and production of noise-protection cabins, special doors, special production, special soundproof walls and special soundproof ceilings. This worldwide operating company with 45 employees focuses on individual overal concepts as well as on complete solutions in the fields of housing systems and noise protection. Thanks to an order for producing a housing for a Schröder folding machine these two companies got to know each other (www.moerz.de).

At the company Schröder, Mörz became aware of the folding technique as an industrial procedure. So far, for folding tasks the company exclusively worked with a press brake. This often resulted in process disadvantages: the machine did not allow automatic transfer of data from the construction and especially the handling of big sheets was very complicated and required almost always two operators. In particular the processing possibilites for small batches as well as the precision and the protection of surfaces were limited. Out of this reason Mörz got an offer from Schröder with a tailor-made solution. The choice fi nally was made for the folding machine SPB Evolution UD 4000/3.0.

Mörz processes round about 1 500 tons of sheet metal per year, mainly black plates with 1 to 3 mm thickness. The flexibility of the SPB Evolution UD with its automatic tool changer is fully used, thus the amount of sheet metal can be processed within 5 working days per week in a one-shift operation. The old press brake is only occasionally used for small sheets. „Thanks to the Schröder SPB Evolution UD
we have a productivity gain of at least 40 percent and we even profit from a higher quality and greater processing possibilities“, praises production manager Stocker the machine.

Another aspect was also very important for the company owner Christine Mörz: „I have to say that we got along very well with the company Schröder: This company obviously has a certain size and is globally active, but it further maintains the culture of a down-to-earth family owned mid-sized company where a handshake still counts. Their competence is enormous, service and technical support are hold
true. That is a very important fact as we often have short project periods.“

Business at Mörz is often project-driven. In order to facilitate and accelerate assembly on-site, the component parts of the housing systems are produced in correct order for assembly and are loaded on a arrier system and afterwards on a container. The consequence: At Mörz you will never find series production with the same working pieces twice. That‘s why Mörz additionally chose the automatic tool changer: While the operator prepares a new sheet the software control makes sure that the tools stored in the bending program get ready. In contrast to previous solutions the state-of-the-art tool changer of the SPB Evolution UD does not need an additonal tool portal.

The software control POS 3 000 of the tool changer has been developed in-house by Hans Schröder Maschinenbau GmbH and is not the only advantage. Specifically at Mörz often used: The radius function. This technique that is only possible with folding machines enables step-by-step-bending with the clamping beam against the folding beam. The steps helping the back gauge to push the sheet forward can
be chosen as desired. That allows perfect round shapes.

The folding machine SPB Evolution UD 4 000/3.0 in operation at Mörz is able to bend up to 3 mm thick sheets at a working length of 4000 mm. Thanks to the Up-and-Down-folding beam big sheets can be processed by one person as they do not need to be turned over for counter folds. The easier handling also leads to a more gentle treatment of surfaces and avoids scratches. The bending process is also more gentle compared to a press brake. Clamping- and bottom beam fix the sheet and the folding beam moves around its pivoting point. You will find no scratch marks and you can easily leave away bending foils. 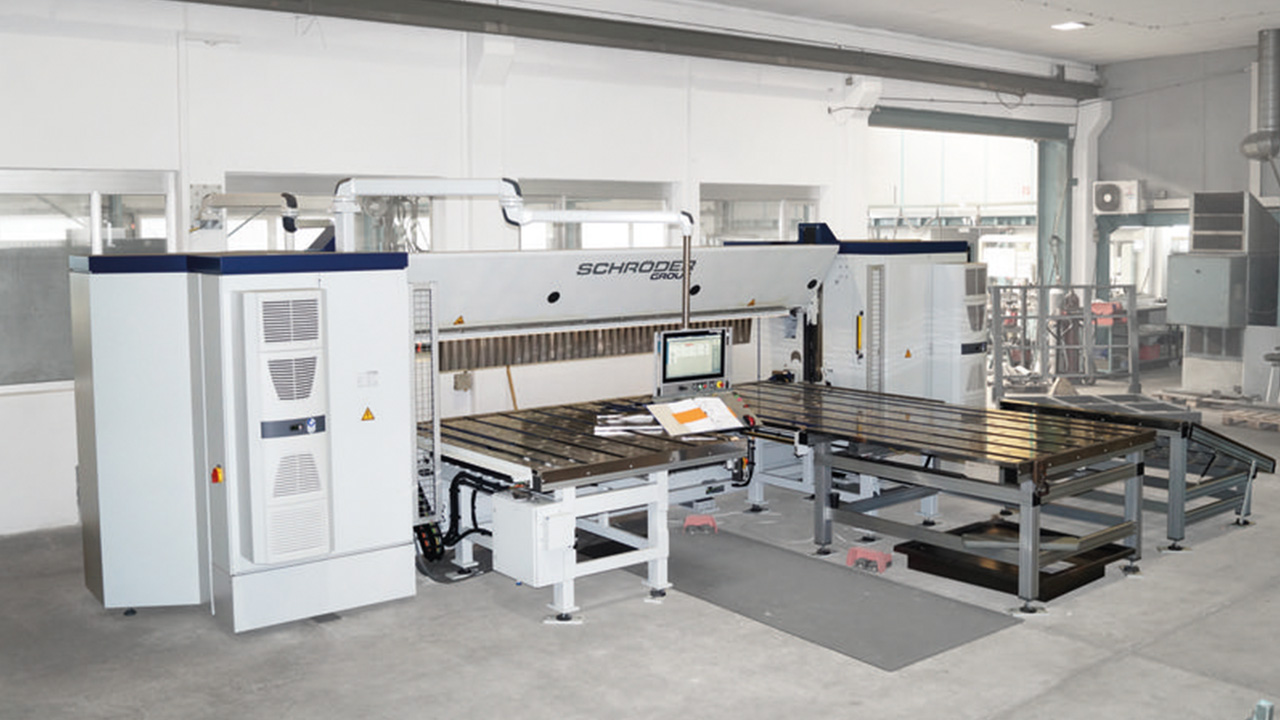 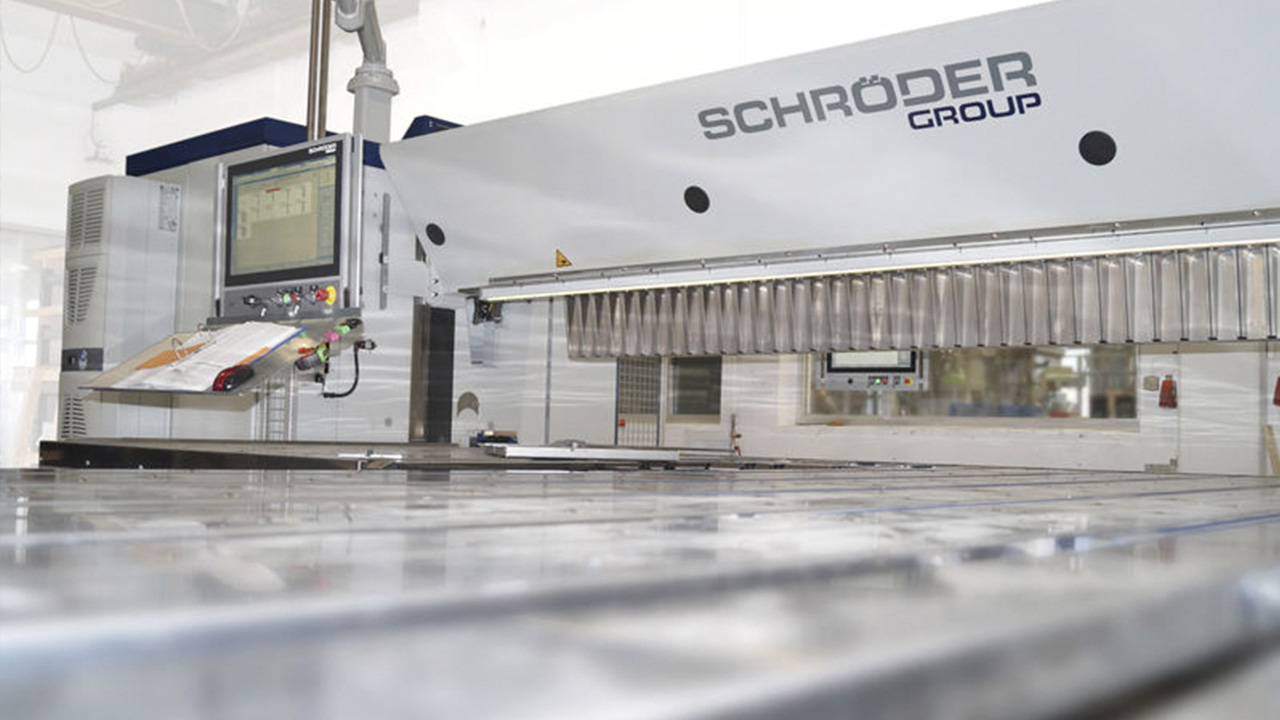 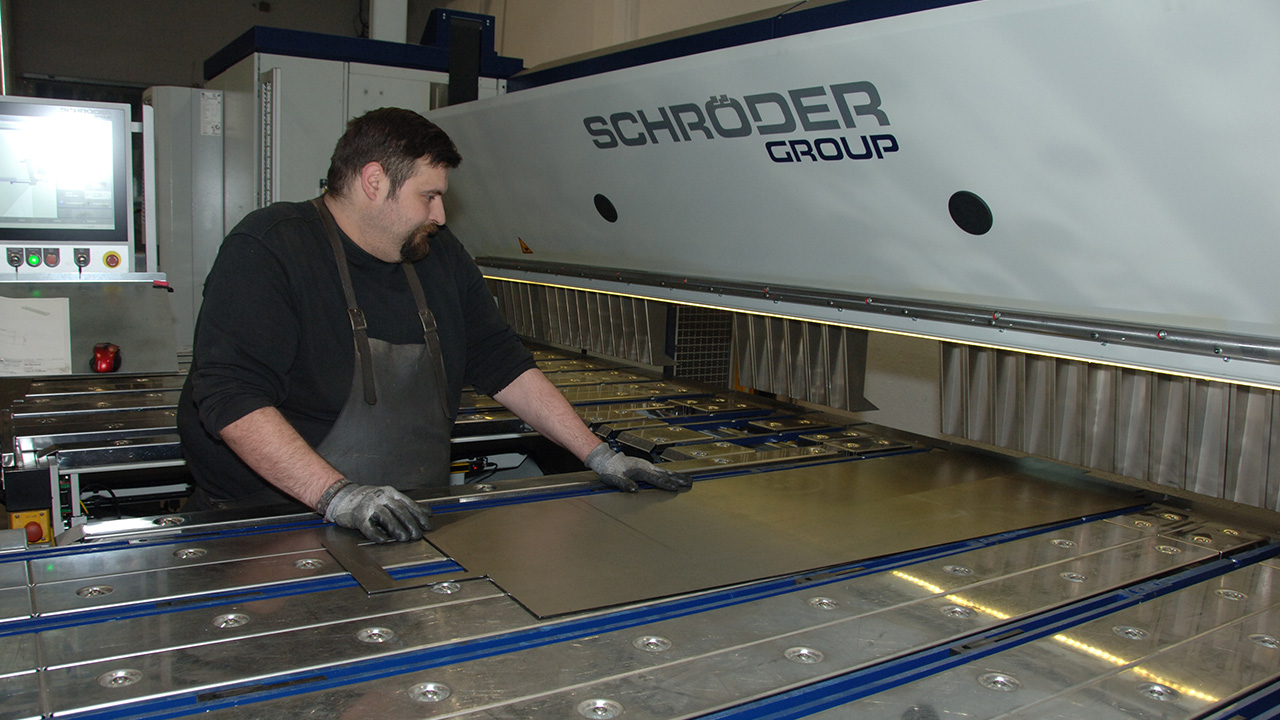 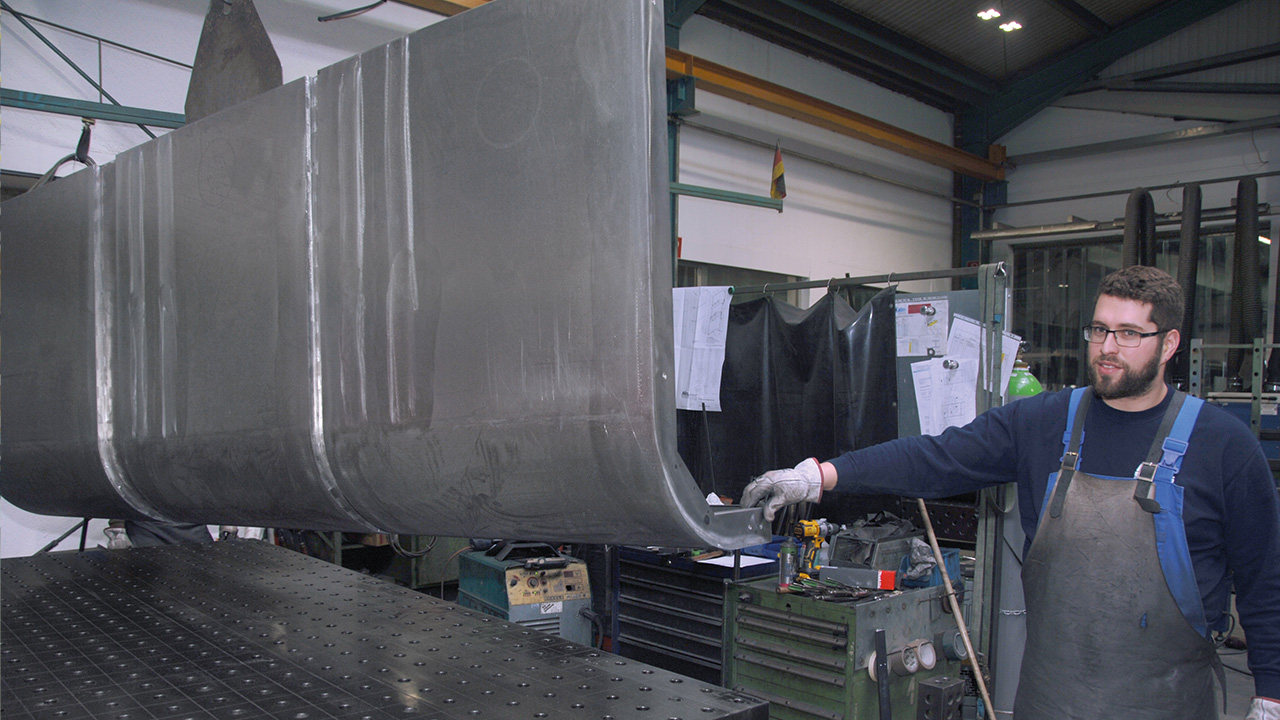 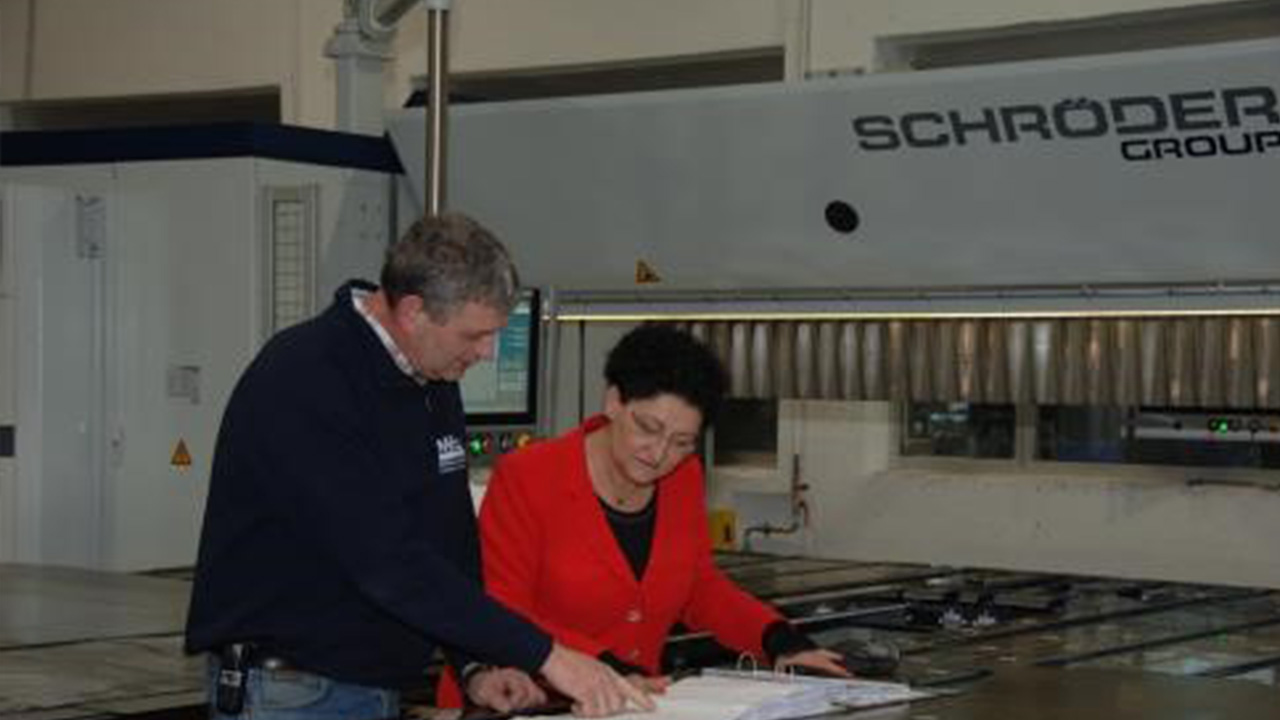