We take a look back at over 70 years of Hans Schröder Maschinenbau. From a repair operation for agricultural machines, the Schröder Group has grown into an innovative engineering company with an international dimension. Our product range for sheet metal processing ranges from manual folding tools for workshop and construction site through to fully automated folding centers for industrial sheet metal processing.

The new highly automated folder EVO-CENTER will be shown for the first time at Blechexpo show 2019 in Stuttgart and is the latest innovation of the industrial high-performance Evolution-series. This machine convinces not only with a completely new design, but also thanks to the rotating suction plate, the fully-automatic tool changer with up to 400 mm tools and the possibility to be extended perfectly to a fully automated bending center of a production line. 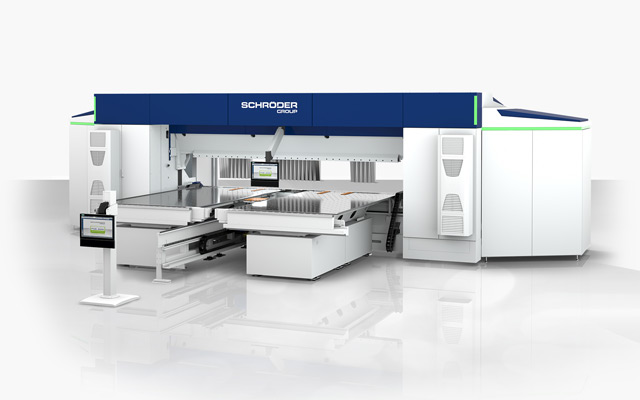 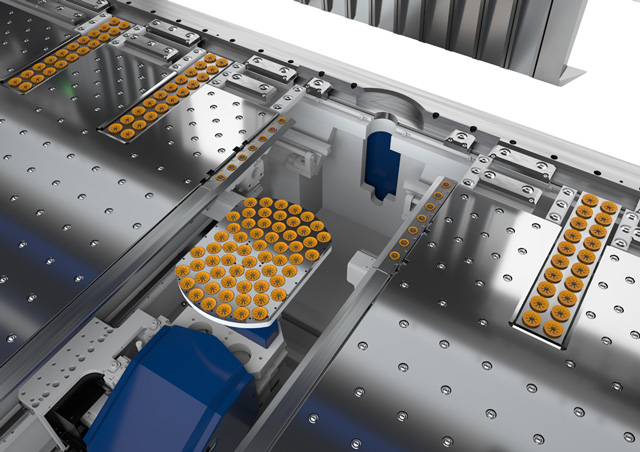 At EuroBlech 2018 in Hannover, Schröder Group presented a fully automatic sheet metal handling system for machines of the Evolution-series: The Advanced Handling System “AHS” is a further development of the well-known suction gauge and offers customers a high level of automation when folding sheet metal. Before, this was only possible with the additional use of handling robots. Thanks to this sheet metal handling system in shape of a rotating plate it is possible to process complete bending programs without any manual intervention. 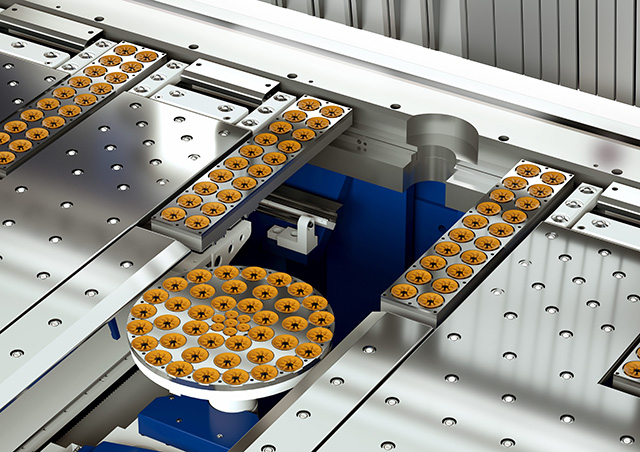 At EuroBlech in Hannover Schröder also presented a newly developed an unfold software to calculate the blank size and program with effortless precision – applicable for the Evolution- and PowerBend series.

With the PowerBend Industrial, Schröder Group presented a powerful motorized folding machine for processing steel sheets up to 6 mm thickness, expanding its portfolio of the PowerBend series. 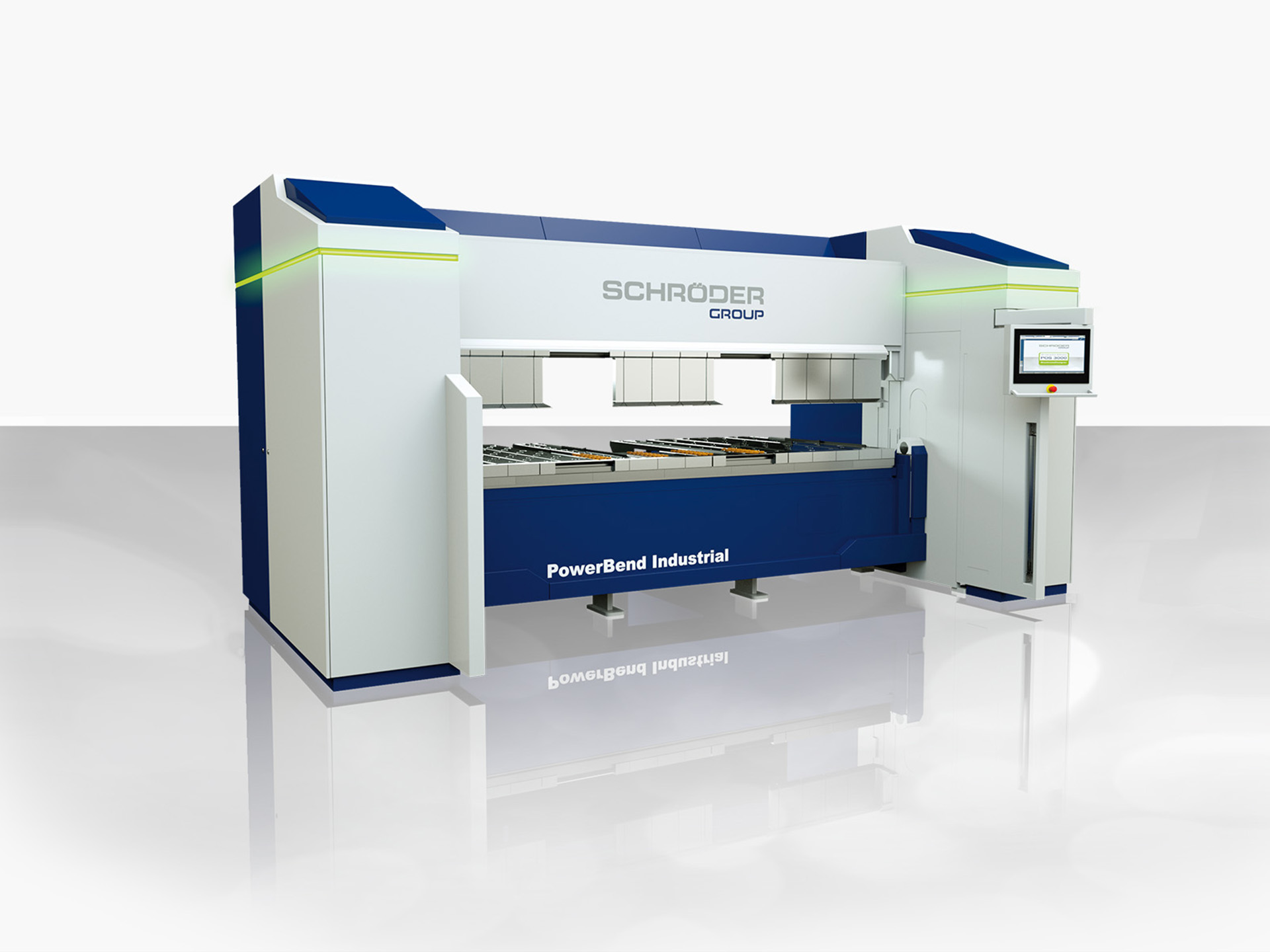 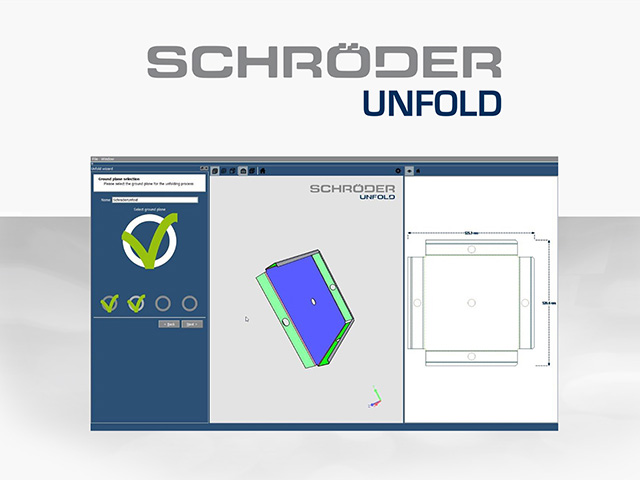 Introduction of the innovative PowerBend-Machine generation - PowerBend Professional and PowerBend Universal. In October 2013, it has been presented for the first time at the trade fair "Blechexpo" in Stuttgart. 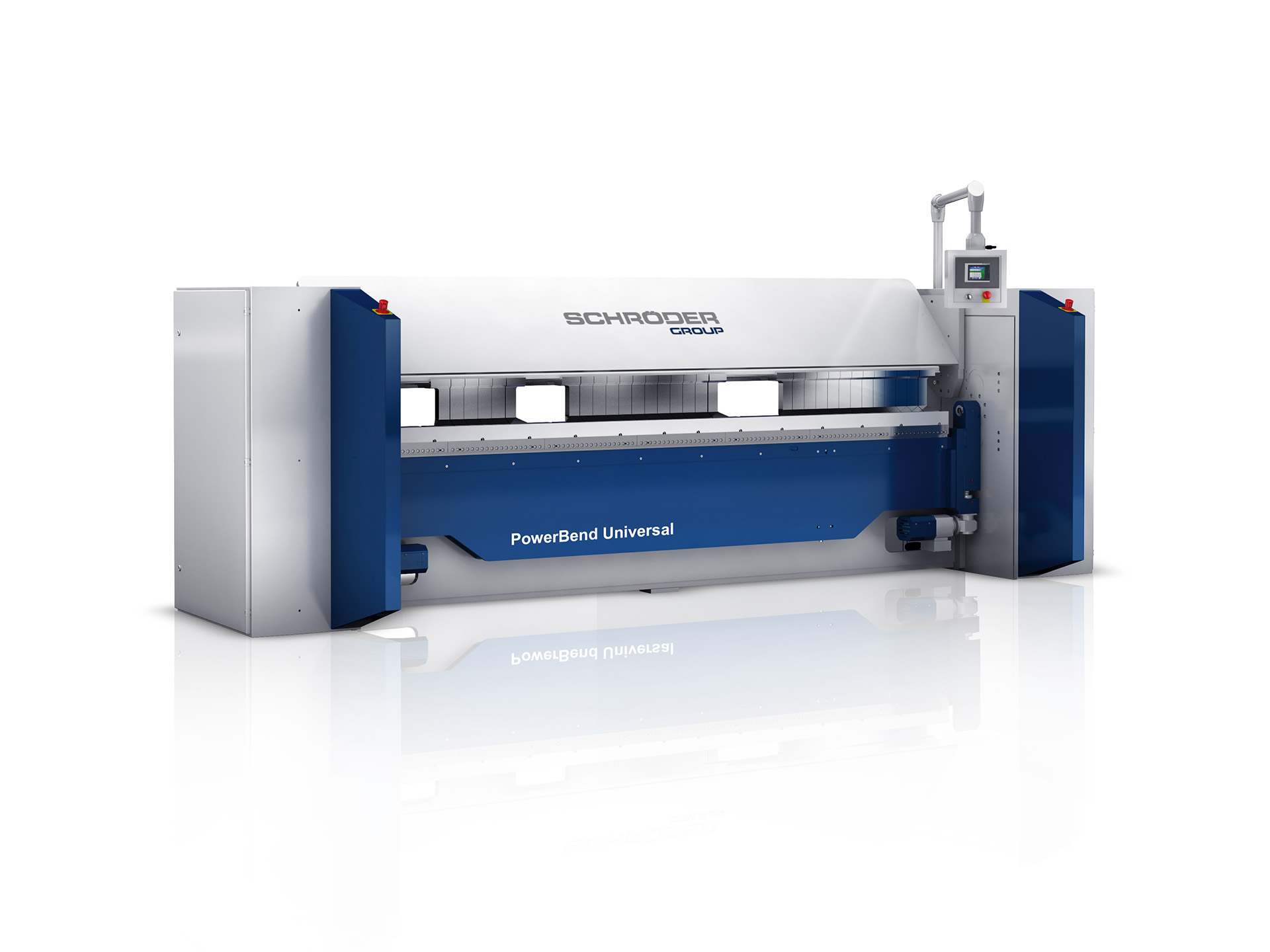 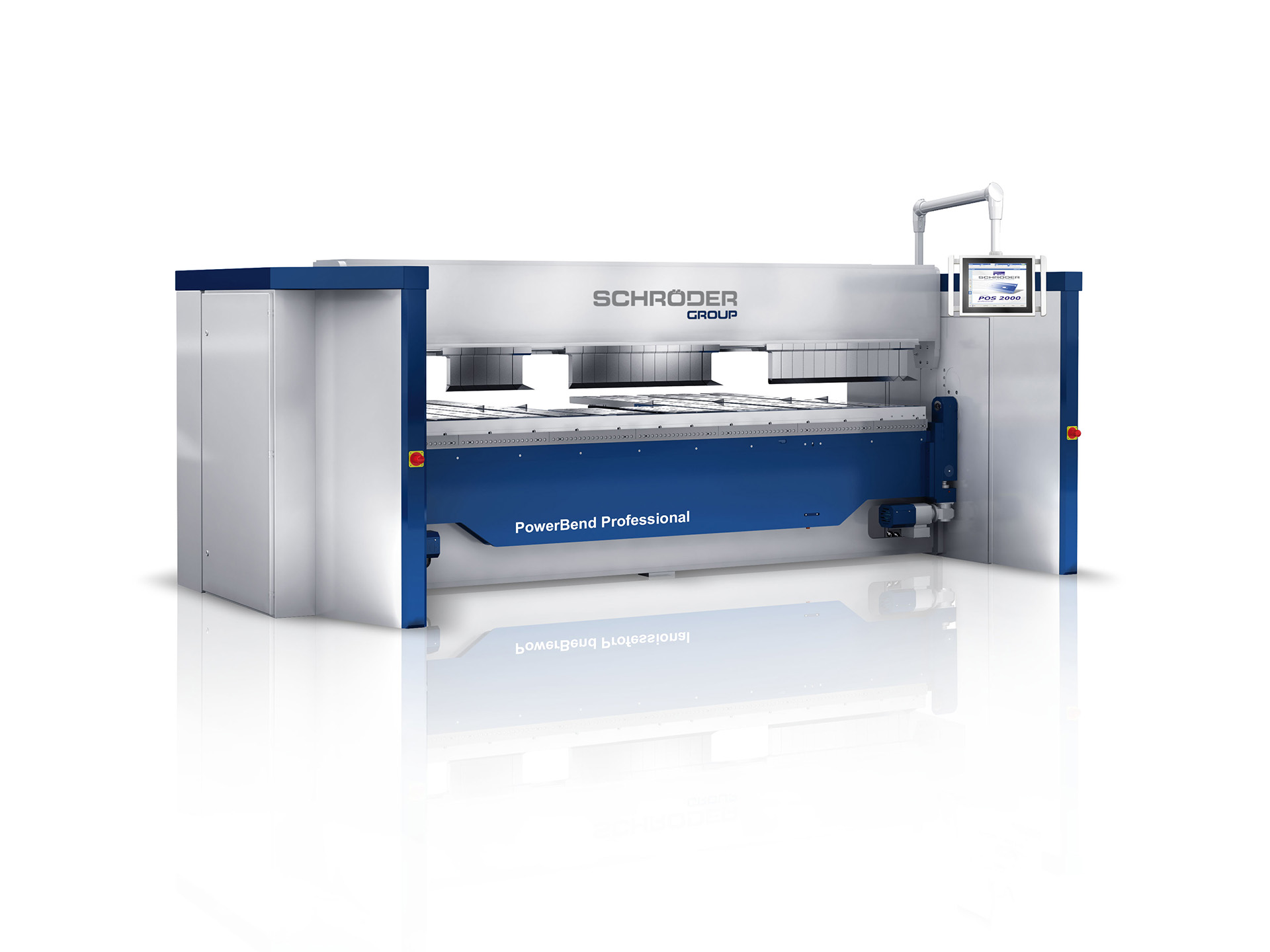 2012 the Schröder Innovation Studio is created.

Schröder celebrates the company’s 60th anniversary. This company is among the world’s leading suppliers of machines for sheet-metal processing – and has a uniquely complete product range: from manual shears to the automated sheet-metal processing centre featuring a manipulator and an integrated tool changer – from products for craftsmen in the region, all the way to industrial enterprises in Asia or the U.S.

Presentation of the first fully-automated bending centre at the trade fair “EuroBlech” in Hannover and the launch of the new machine generation EVOLUTION. 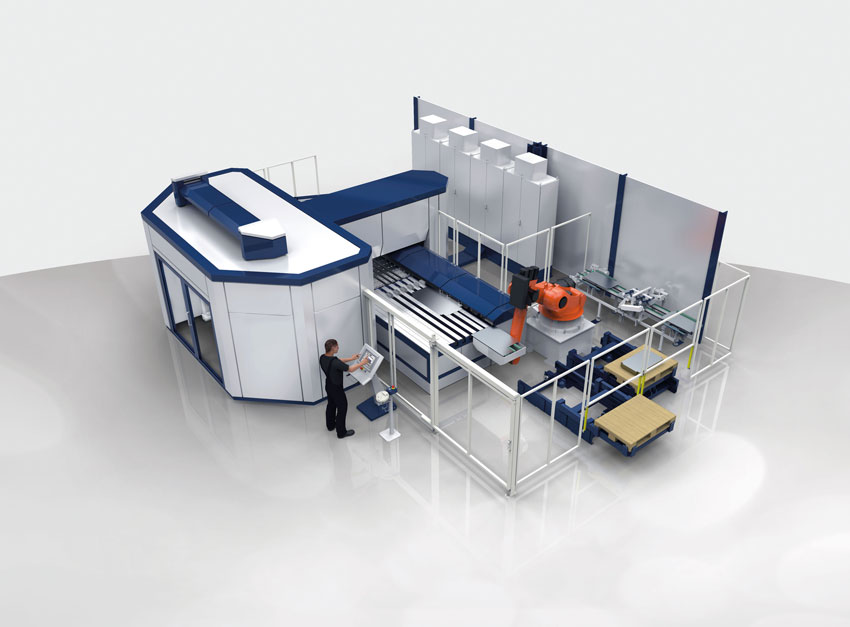 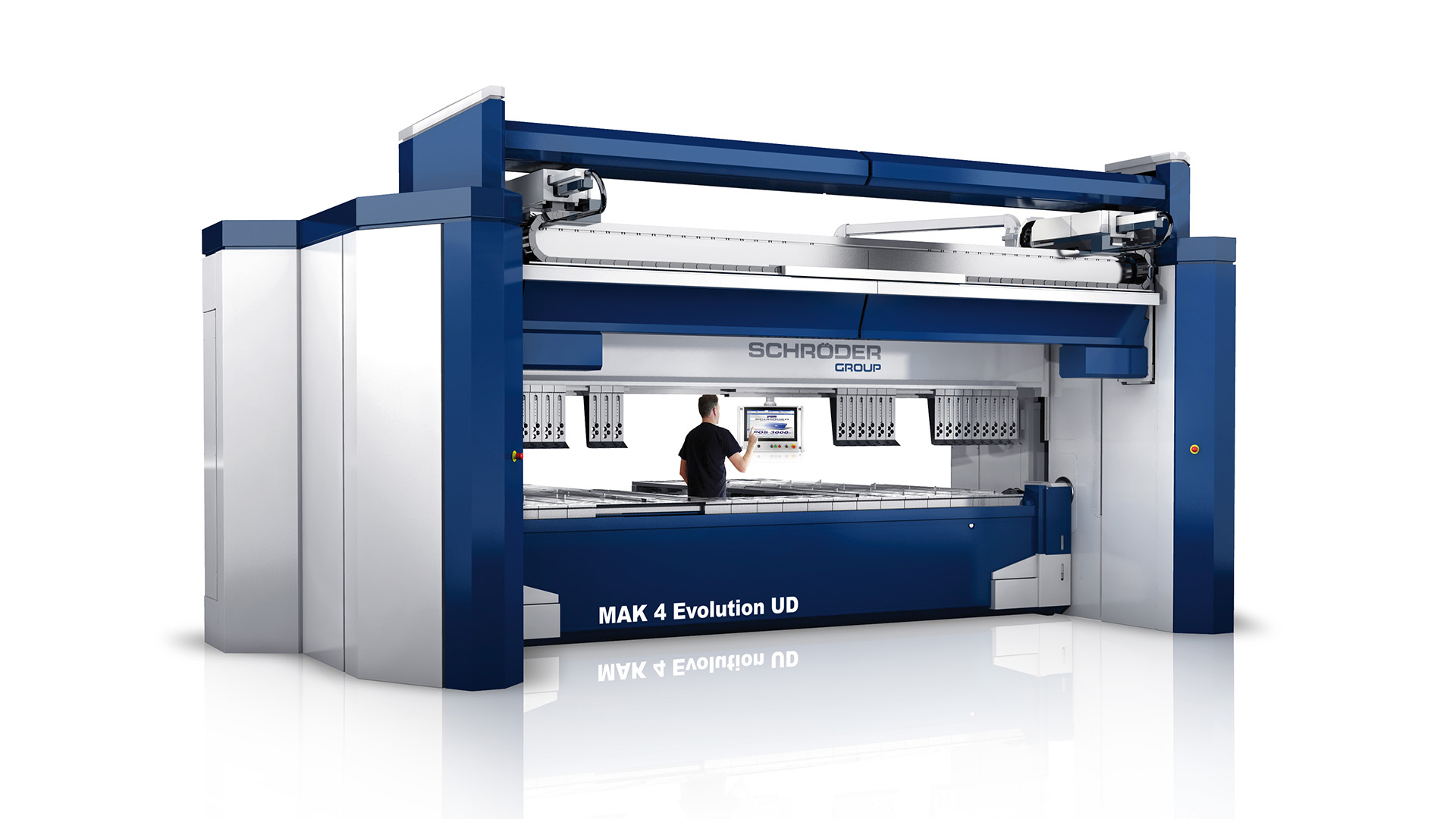 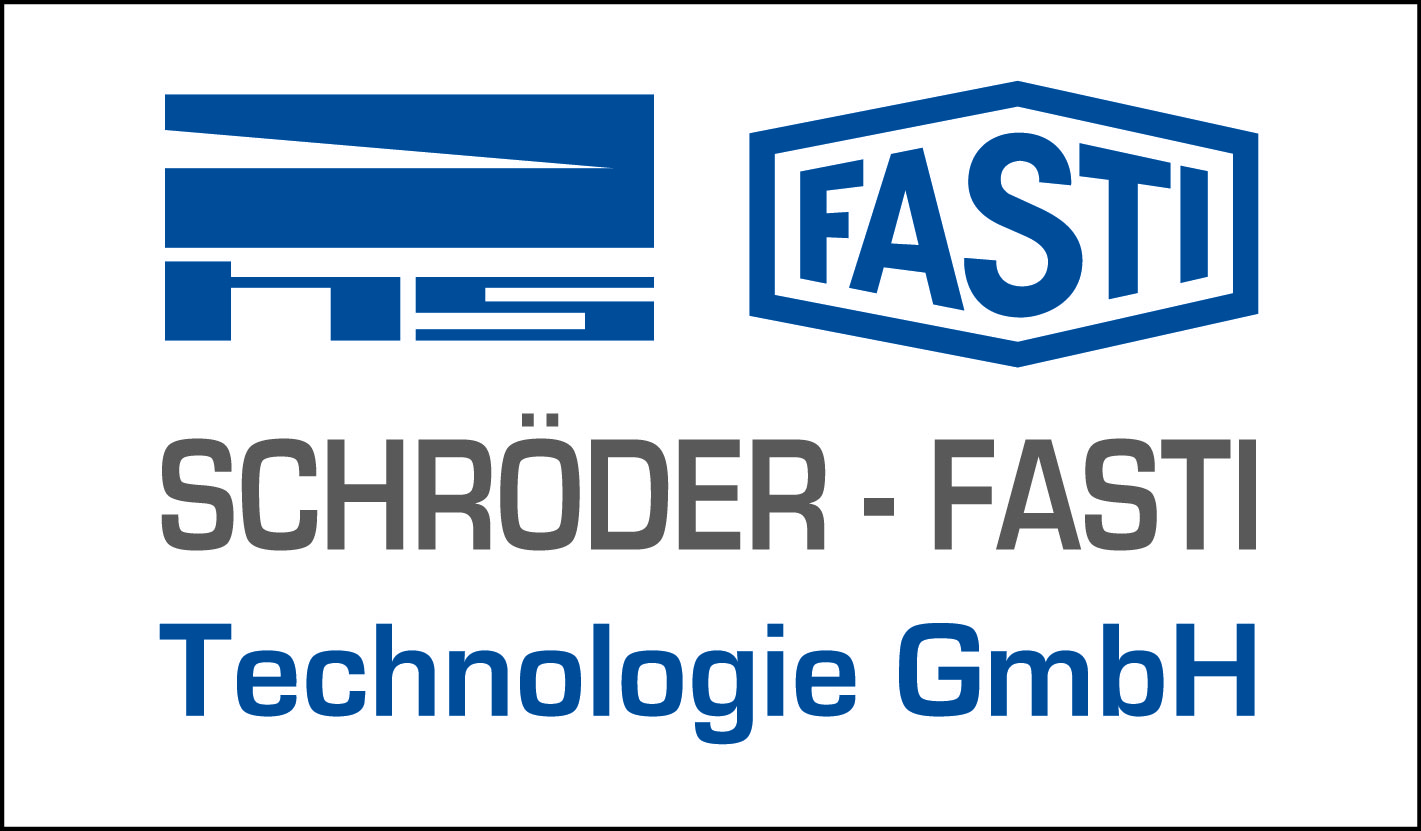 The Schröder IntelliBend Series and the POS 3000 controller with their superior visualisation are among the innovative highlights featured at the EuroBlech trade fair. 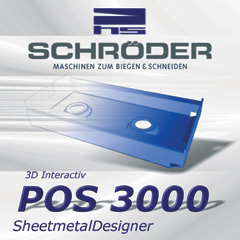 The company moves into its new building. Modern crane and ground conveyors simplify logistics. The front of the new building is panelled with profiles that were manufactured on Schröder machines. This enables customers to gain their first impression of such “demonstration material” immediately upon arrival. 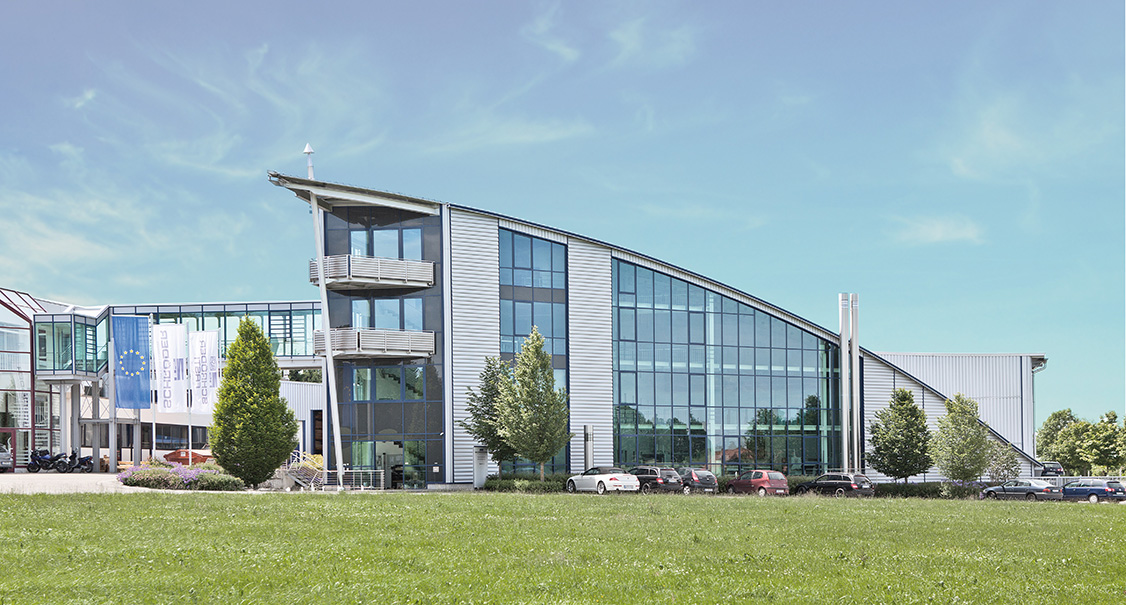 Schröder celebrates its 50th anniversary in 1999. The constant growth sees the company veritably bursting at the seams: In December 2000, the first ground is broken for the company’s further expansion – this includes a new assembly hall, storehouse and expanded training/presentation space. 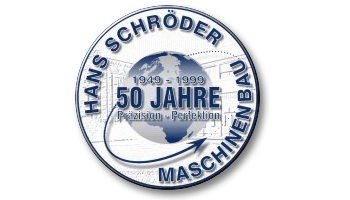 The first machine for sheet-metal thicknesses starting at 6 mm: the Model MAK 4 pivoting bending machine. Also in other areas, this company is ahead of its time: Schröder receives another State-wide Award in the form of a gold medal – for particularly meritous achievements in the course of presenting this company to the public. A modern marketing concept promotes sales far beyond Germany’s borders. The year that had begun with such great successes ends with a great loss. Hans Schröder’s death following a brief and severe illness takes everyone completely by surprise. His son Franz Schröder then assumes the position of General Manager at the Hans Schröder Maschinenbau GmbH. 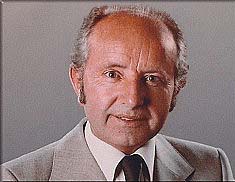 Ground is broken for the enormous foundation of a new and larger processing centre – this forms the basis for the production of completely new machines and machine sizes. The Type ASK sheet-metal folding machine featuring drive removal is presented – and the MAK 3 permits the processing of significantly greater sheet-metal thicknesses. The construction cranes advance once again: A new storage/marshalling area is built – along with a large administrative wing.

The newly-commissioned 5-axis processing centre “Seramill” enables the production of components with a maximum length of 500 mm in a single clamping process. Introduction of the first electronic components into Schröder products. The Type MAKV pivoting bending machine and the Type MSS oscillating cutting shears further expand the product range. At the same time, a steadily-increasing number of machines are being constructed in customer-specific versions.

expansion of this branch office: In the new Hall 2, there is sufficient space for exhibition rooms – and classrooms for training sessions. 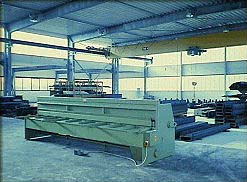 Modern marketing aids in the sale of a constantly-growing product range. For the first time, the company presents an exhibit at the trade fair “Euro-Blech”. 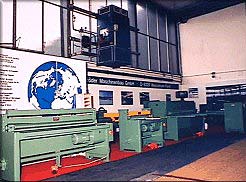 With the introduction of CNC production, the growing number of employees is held to ever-higher demands. 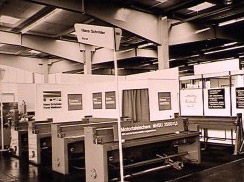 The first exemplars of motorised shears from Schröder: initially, with an exterior drive – a short time later, with a bottom drive. The basic design of the MHSU motorised shears is engineered. The success of these shears increases Schröder’s name recognition in the area of sheet-metal processing. For the first time, an exhibit is presented at the Handwerksmesse München (an industrial-arts trade fair in Munich). 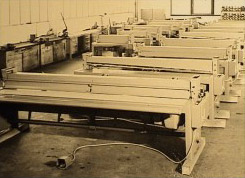 To support the serial production and further expansion, significant investments are made in production technologies and associated machines – among others, a lengthwise planing machine made by Reichle & Knödler.

Start of the production of eccentric plate shears (Model HS).

Start of the serial production of creasing machines (Model AK). 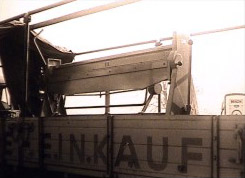 The first apprentice starts his training – this marks the start of our tradition as a company which conducts vocational training.

With its relocation to Wessobrunn-Forst, the company enters commercial trading in agricultural machines. This is the origin of the close co-operation with customers and quality of service which has endured to this day.

On 20 September, Hans Schröder registers a repair operation for agricultural machines as a commercial operation – this was the moment when Hans Schröder Maschinenbau got its start.